The Rise of His Excellency Ssekikofu Usama

All students can learn and succeed, but not on the same day in the same way. Today we bring you the life and rise of Ssekikofu Usama the Guild president of Islamic University in Uganda 2022/2023.

Usama was born on 26th June 1999 and a resident of Bulaga, Mityana lane, Wakiso district. He is a student and at the same time the guild president of Islamic University in Uganda main campus.

He grew up from a moderate family background where they provided for him everything he wanted as a child like education and other basic needs and he’s much obliged to his parents Mr Luwazo Yusuf and Mrs. Luwazo Mariam for their restless support and care. Usama is perusing a bachelors of arts in education and also a teacher trainee, he specializes in literature and English language and he’s currently in his second year 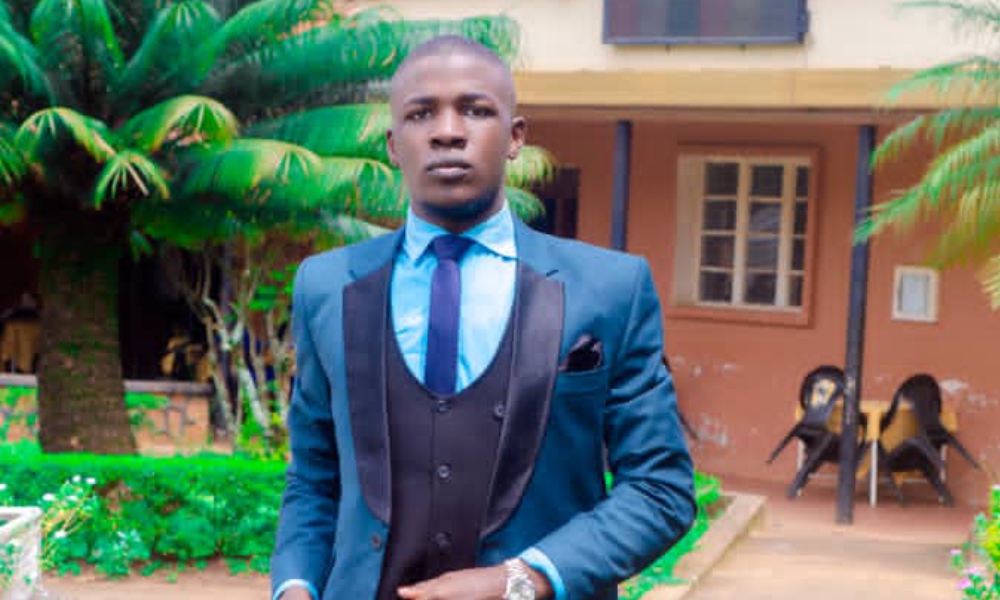 As it is worldly known that Education is one thing no one can take away from you, Ssekikofu Usama attended has managed to attain all levels of Education. He began from Lennox junior school based in Wakiso, Bulaga, Mityana road for his primary and nursery education from 2003 to 2011.

For secondary he joined Bilal Islamic institute Kakira for S1 to S6 from 2012 to 2017 respectively.

In his last year in A level which was S6, he did not perform well to his expectations and up to now he does not regret because it was a blessing in disguise. He spent the following year at home which was 2018 where he used to part time as a student teacher and the following year which was 2019 he sat for his S6 again at Kibibi secondary school based in Butambala.

As it’s said that we Learn from yesterday, live for today, hope for tomorrow, Due to the covid 19 pandemic that hit the whole world in 2020, Ssekikofu didn’t enroll to university because the country was on lockdown and after the lockdown, he full filed his big ambition of perusing an education course made him join Islamic University in Uganda in 2021.

Usama didn’t love to join Islamic University in Uganda because of his past educational background where he only attended theological schools and he was looking forward to studying in a secular university.

His first impression at IUIU was good and he also feared that he would get some challenges because it was his first time studying in Mbale where he was to face a language barrier and also some different types of food items. He later got used to the environment and loved it because of the hospitability of the Mbale residents and IUIU community.

Leadership and learning are indispensable to each other, Usama has not only acquired leadership at IUIU but also in lower institutions like primary as well as secondary.

“First I was a class monitor and then later a head boy of Lennox junior school. When I joined high school, I had a feeling of leadership since I was one in primary that lead me to participate in high school politics.” He Explained

His first try was in S1 where contested for being the time keeper but never managed to win and he was branded as a “political failure” by his colleagues which haunted him a lot both emotionally and mentally and also made him hate politics.

In his S5 he got some leadership appointments that is to say the coordinator of the Debating club because he was much into debating and in the third term of his S5 he became the chairperson of the Debating club at Bilal Islamic Institute concluding that all his high school he was never elected as a leader but just appointed.

So when he joined Islamic University In Uganda, he never that idea of contesting for guildship because of the negative attitude he had got over politics during his S1 and also the fear and inferiority he had. Before becoming the next guild elect, he was a member of “nkoba za mbogo” association and he was appointed to be the councilor (uncle).

His dream to become the guild president IUIU was through an inspiration from a friend who was contesting for a post at the same university.

This inspiration stormed his mind and made him think why he couldn’t go in for the guildship position which was a bit late because they were only three days left to the deadline of the submission of applications.

But he heard fears in him which was fear of failing, sourcing the finances because it’s very costly to contest for Guildship. By God’s grace, he managed to succeed in the race of guildship and he appreciates God plus his family and friends who stood in with during the campaigns

In his achievements as a person, he has achieved friends, social capital because he has met people from different backgrounds and these people have given him a lot and some are taken as brothers. All this is attributed to education because if it was not education.