Dr. Jamil Sserwanga the Vice Rector (Academic Affairs) of Islamic University in Uganda cheerfully thanked World Skills Uganda for giving IUIU an opportunity to host the competitions in Eastern Uganda and called upon them to always bring events to IUIU which always has the readiness to host them. Dr. Jamil also implored students to mind about saving lives and having a positive attitude while practicing their profession, to eliminate a misconception about nurses and midwives that they are doing the course because they did not pass their exams well. 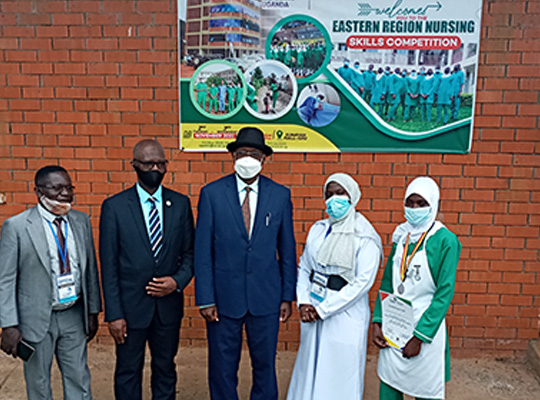 The Director of Mbale Regional Referral Hospital Dr. Emmanuel Tugeineyo, has cautioned students of nursing and midwifery of health institutions in Eastern Uganda against fronting money while in the field. He made his remarks as the chief guest at the world skills competitions for health institutions in Eastern Uganda, held at Islamic University in Uganda Main Campus in Mbale City on Wednesday 3 November 2021. He called upon nursing students to practice the profession ethically and avoid the temptations brought by money that spoil the name of health practitioners in the eyes of the public. He also applauded World Skills Uganda for organizing such competitions to give a chance to students in the health profession to exhibit what they study in class. He equally appreciated IUIU for accepting to host the competitions.

According to Diana Tumuhimbise, a team leader from World Skills Uganda, the best participants will represent Eastern Uganda in the national competitions against Central, Western and Northern Uganda.

Hajjat Sarah, the principal of IUIU School of Nursing and Midwifery merrily remarked that the competitions showed the prominence of IUIU as an institution for it to be recognized amongst all the nursing schools in Eastern Uganda to host the competitions. She added that the competition has helped them to diagnose the areas which they will emphasize to better shape their nurses and midwives. 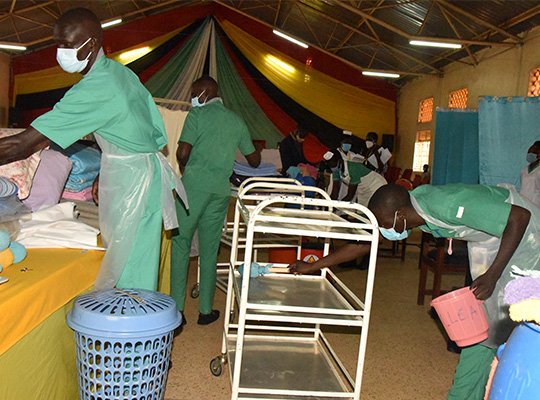