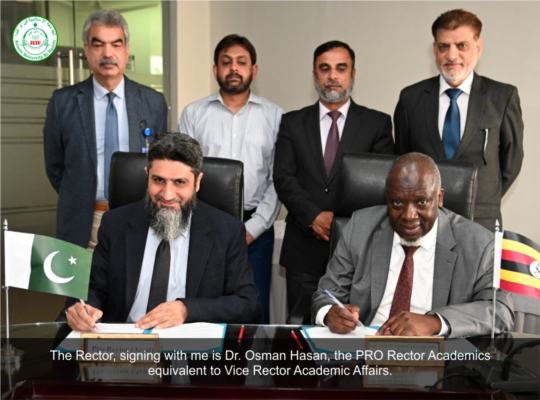 IUIU has signed Memoranda of Understanding with top Universities in Pakistan as part of OIC's STI Agenda 2026 that aims to accelerate STI capacity in all the 57 member states, especially those that are far behind.
At a recently concluded meeting of COMSTECH (the Ministerial Steering mittee on Science and Technological Cooperation of OIC member states) held at the headquarters in Islamabad, the OIC Assistant Secretary General of Science and Technology, Ambassador Askar Mussinov and the Coordinator General of COMSTECH, Prof. Dr. Iqbal Chaudhary urged IUIU and Islamic University of Technology (IUT) to be the vehicles for building STI capacity among the young population. They called for linkages among the OIC Institutions of Higher Education (IHEs) in teaching/learning/research/innovation.

Prof. Ismail Gyagenda pointed to the opportunities of the 21st century technological advances, in the so called 4th Industrial Revolution, and pledged IUIU's commitment to pursue inter-University collaborations.
Since Saturday March 26th, IUIU has signed 3 MoUs with University of Lahore (UOL), National University of Sciences and Technology (NUST), and with Heath Services Academy (HSA). 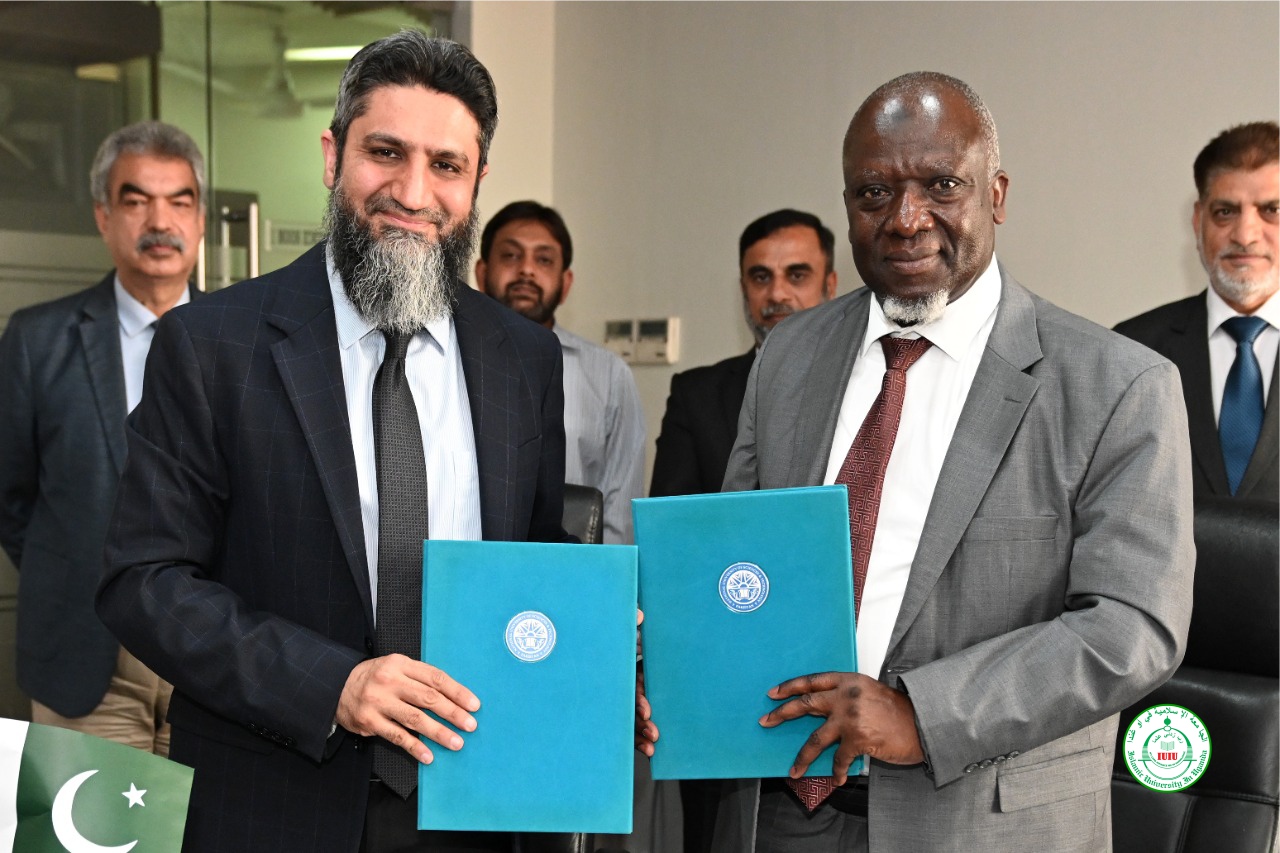 All the heads of the partnering Universities have insisted that the MoUs must not collect dust on the shelves.

Prof. Gyagenda is assigning specific IUIU staff to coordinate each MoU, with a clear road map or action plan with annual targets and the responsible party.