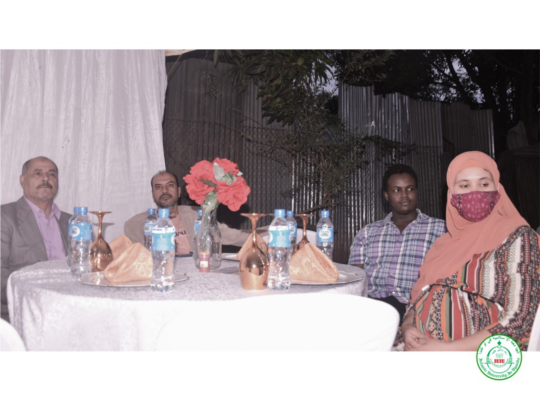 On Saturday, 16th April, 2022, the Rector of the Islamic University in Uganda (IUIU) Professor Ismail Simbwa Gyagenda held Ramadhan 2022/1443 Iftar Dinner at the university's Main Campus in Mbale City.
Speaking during the function, Professor Gyagenda  asked Muslims to thank Allah (God)  for keeping them alive amid COVID-19 pandemic that has claimed many lives.
According to the Rector, several people including those contributed a lot to the development of IUIU  succumbed to the deadly virus.

"A lot of people including those who played tremendous roles to the development of IUIU  succumbed to COVID-19 pandemic but we are still alive and fasting today. We need to thank Allah for keeping us alive," the Rector said.
Professor Gyagenda added that IUIU is committed continue producing competent graduates that are ready to serve Uganda, Africa and entire world.
"IUIU is a second oldest university in Uganda BUT when we talk of producing skilled and moral graduates, IUIU is second to none. Employees in Uganda, Africa and the entire world say IUIU graduates have both skills and character ," the Rector said.
The Rector confirmed that the 30th graduation ceremony of the institution is set to be held in June but the exact date will be announced soon.