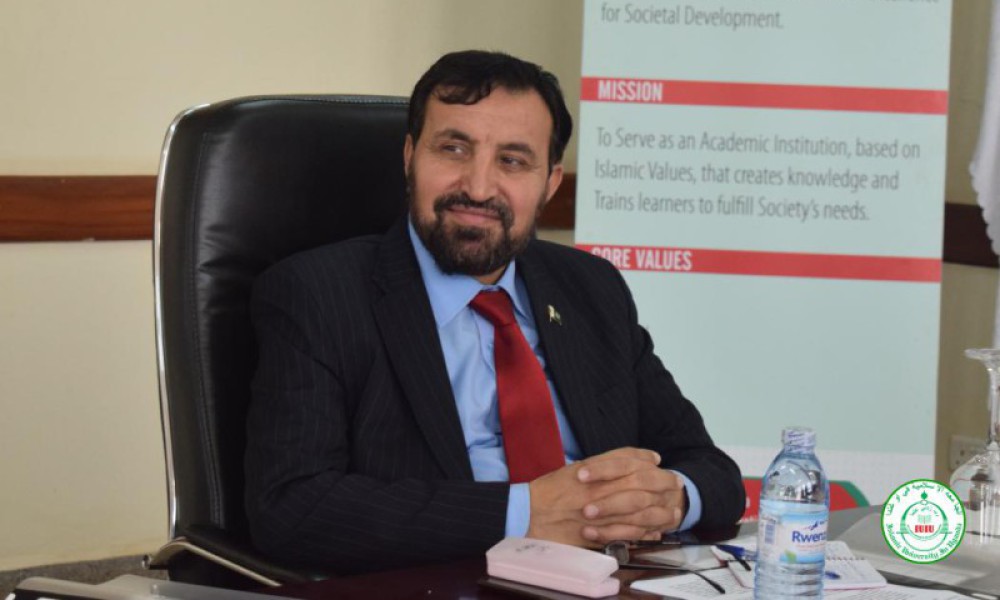 H.E. Mr. Muhammad Hassan Wazir, The High Commissioner Designate of the Islamic Republic of Pakistan on a Courtesy Visit to the Islamic University in Uganda

The Rector, welcomed the High Commissioner to IUIU after-which a video documentary about IUIU was shown to give him an insight to what IUIU is about and the achievements of the university.
Professor Gyagenda talked about the major achievements of the University since inception. In his statement, he said; “the Islamic University comes as a blessing”. Another achievement is the mindset change of the society. He further said the achievements are not just about survival but the university has also been able to establish a presence in Uganda.
According to the Rector, the dedicated staffers have endured to ensure the growth of the university despite the limited resources. He also stated that the responsibility of the Rector and members of the IUIU community is to change the mindset of the people positively especially in the areas of academic collaborations, investment opportunities and commercial activities.

The staff members present at the event were introduced as the Rector hinted the High Commissioner about the forth-coming graduation ceremony which is scheduled to hold on 10th June and the Cultural Gala events on 11th – 12th June respectively.
The High Commissioner thanked the Rector and everyone at the event for the warm welcome given to him and all the information made available by the Rector.
The Commissioner highlighted Pakistan government’s decision to expand its mission to Africa as Africa is considered to be the future of the world. He said the government through different policies is trying to bring Africa and Pakistan closer to each other. He stressed  that the relationship between Pakistan and Africa dated back to the time before colonial powers. He said Pakistan has always supported African Union and other initiatives in Africa.
He also said he’s happy to hear all the achievements recorded by IUIU and promised continued support from Pakistan to the university.