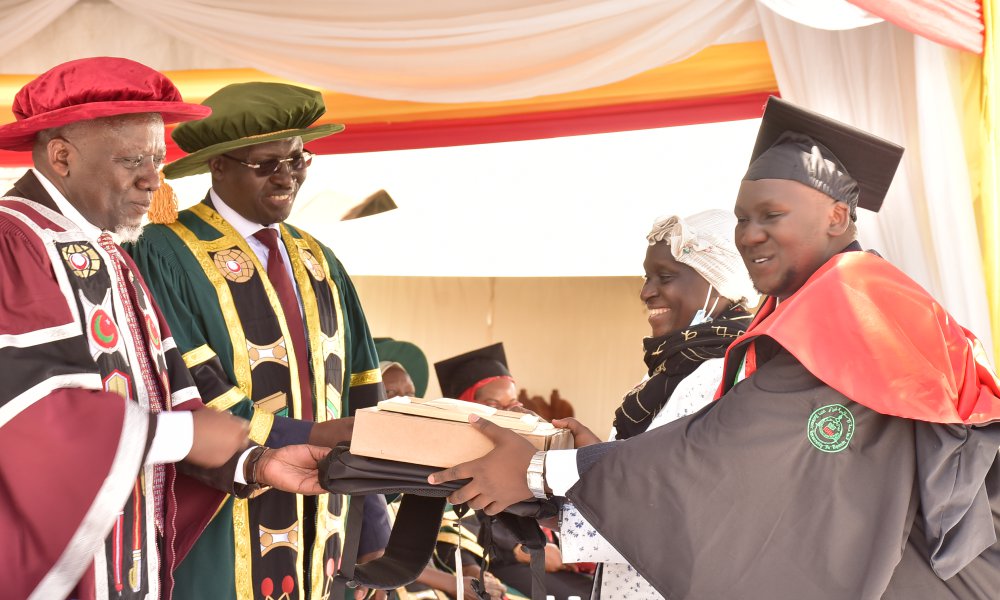 Former IUIU guild president won the prince Kakungulu award in this year’s IUIU graduation ceremony held on the 21st of January 2023 at the Islamic university in Uganda, main campus, Mbale.

Mr kakande Hafdwar who was the guild president from 2021-2022 managed to scoop the Kakungulu Award with a GPA of 4.79 in Bachelor of arts in education at the Islamic university in Uganda.

Kakande attributes his success to Allah, hard work, and support from the people around him like his mother Dr Nalweiso Aisha, friends, and lecturers.

‘’since I joined leadership as an academician, I had the pressure to prove that one can pass with flying colours even as a leader at university.’’

''When I joined the race for guild president's office, my lecturers and lecturers advised me to step down as it would affect my performance in class but I believed in myself; and I made it.''

The kakungulu award is given to the overall best student annually during graduation. Other awards that were presented include the Islamic Charity Organization award which Ms Nusaiba Nakanjaako took under the category of best Muslim female student and the Alumni award which went to Ms Namusazi Hajara