Assoc. Prof. Gyagenda assumed office as the new Rector of the Islamic University in Uganda (IUIU) on 1st January 2021. He takes over from Dr. Ahmad Kawesa Sengendo who served as Rector from 2004 to 2020.

He graduated from Makerere University in 1979 with a 1st Class B.A. Honors (Literature and Religious Studies), and a Concurrent Diploma in Education. He was Chairman, Makerere University Muslim Students Association 1980-1982. He attended the Arabic Language Institute of Ummul Qura University, Makkah 1982-83. In 1987, he graduated from Yarmouk University, Jordan with M.Ed. in Teaching English as a Foreign Language. In the same year, he was part of the pioneer staff tasked to start the Islamic University in Uganda (IUIU) in Mbale, where he was one of the Male Wardens and a lecturer of History of Education in East Africa and Introduction to Arabic.

He joined as Assistant Professor the Graduate Teacher program at Tift College of Education, Mercer University, Atlanta Campus, where he taught from 2001 to 2016. On February 10, 2016, he returned to IUIU as Vice Rector, Academic Affairs. His research interests include Culture and Schooling, Integration of Knowledge, Muslims of Uganda, Muslim Education, Muslim Institutes of Higher Education, and Contemporary Issues in Education. He is married, and blessed with six children. His hobbies include reading and recreational soccer. 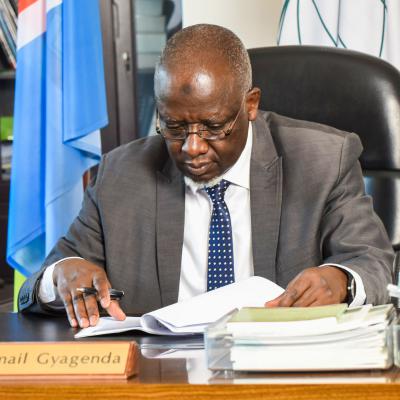