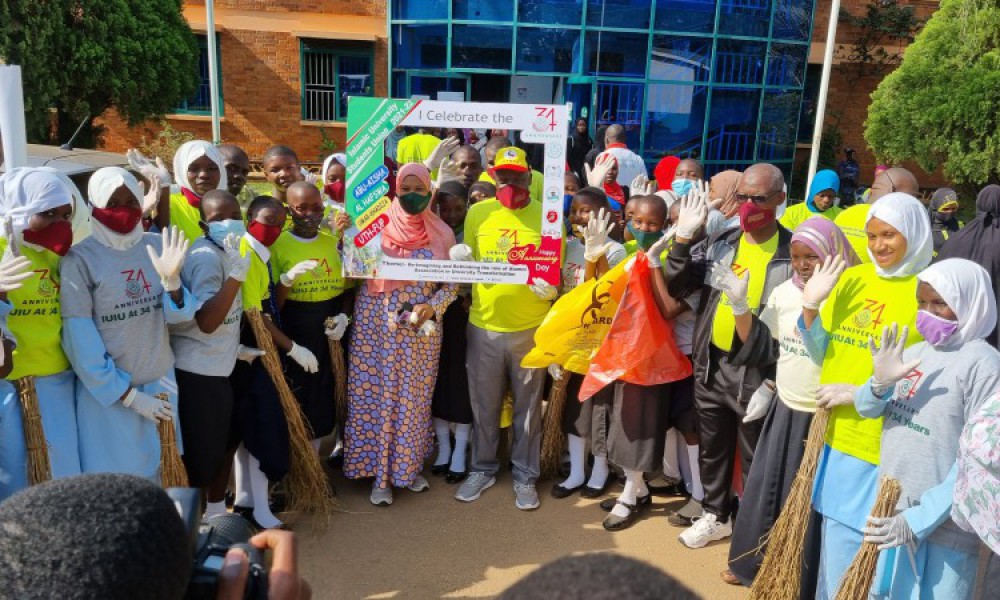 Islamic University in Uganda (IUIU) celebrated the 34th anniversary in collaboration with the Alumni association on 10th February 2022. The celebrations were marked with several activities which include speeches, cleaning of the university, medical camp, football and netball among others. This is expected to climax with the Alumni Dinner at Hotel African on 12th February 2022.

The Guild President of the Islamic University in Uganda Hafdwar Kakande posing with some students on the 34th Anniversary Celebrations yesterday.