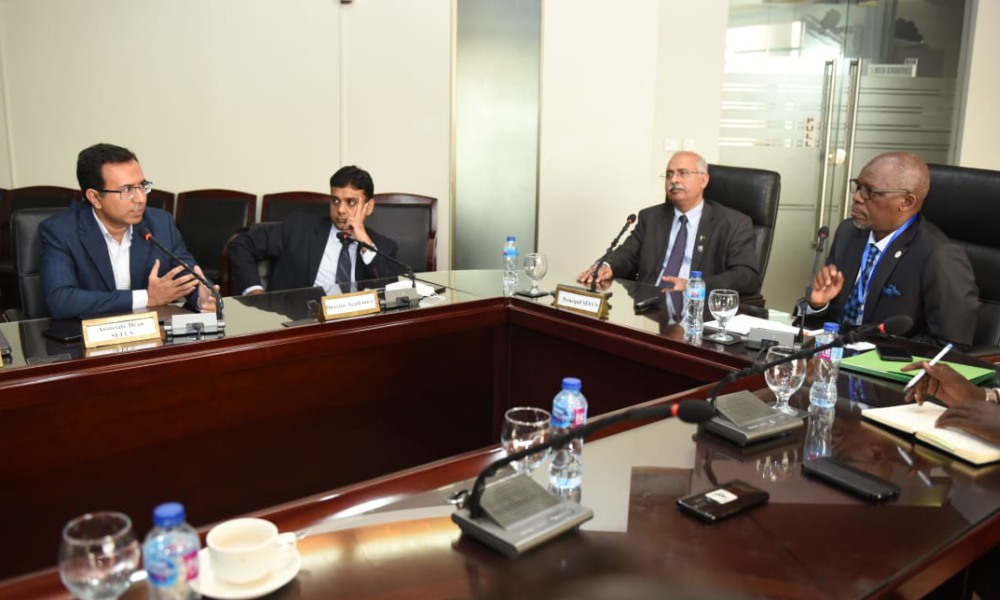 IUIU and National University of Sciences and Technology Discuss Collaboration 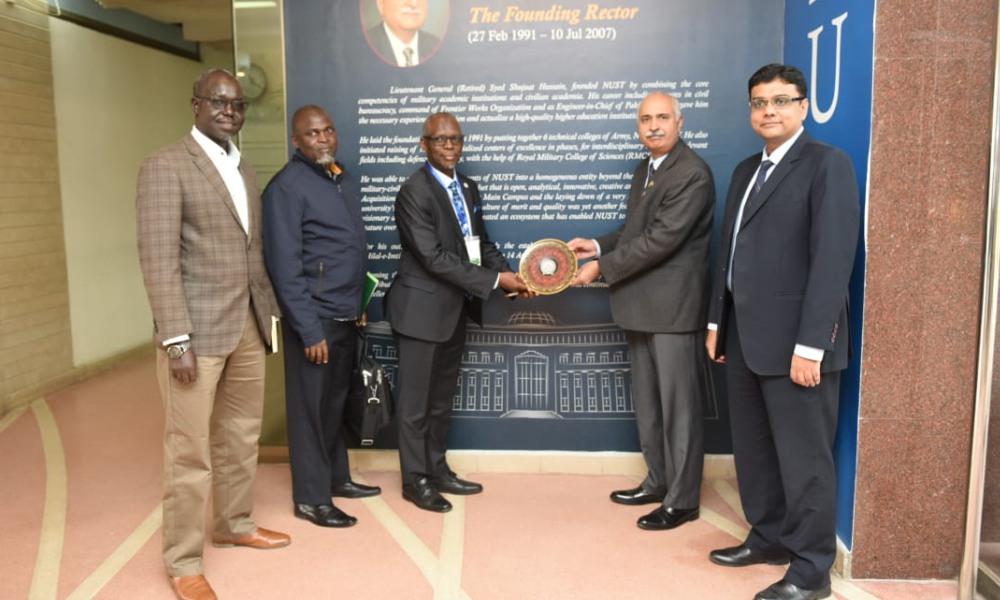 Presenting on behalf of NUST were the Director of Academics (Dr Adnan Maqsood) and the Principal School of Electrical Engineering and Computer Sciences (Dr Muhammad Ajmal Khan). In their presentation, both the National and Global Scale activities of NUST were well highlighted. Particularly, the profound achievements of NUST in the areas of Computer Sciences and Engineering were shared. Additionally, the NUST team further highlighted the potential areas of collaboration with IUIU such as the establishment of a Joint School of Interdisciplinary Applied Computing, a proposal that is well aligned with Uganda’s Vision 2040 of achieving knowledge-led socio-economic transformation.

In his presentation on behalf of IUIU, Dr Umar Yahya highlighted 5 core areas of need that could be addressed through the IUIU-NUST collaboration. The areas included: - Growth and Expansion of IUIU’s graduate programmes, Capacity Development and Mentorship of both IUIU’s Faculty and Students, Increasing the Research and Innovations Output of IUIU’s Computer Science Department, Conducting Cutting-edge Skilling Programmes aimed at Lifelong Learning, and Support with IUIU’s upcoming Faculty of Engineering and Technology. On their part, NUST emphasized their commitment towards extending this much needed support to IUIU, as quickly as possible. The meeting agreed to immediately embark on the aspects of this collaboration that are already possible, such as exchange of staff and students, joint applications of research grants, and development and redesign of curricular and academic programmes. Representing the Rector and reechoing IUIU’s commitment towards this IUIU-NUST collaboration, the Vice Rector Academic Affairs (Dr Serwanga), assured NUST that administratively, IUIU will do all that is possible to realize the aspirations of this collaboration. 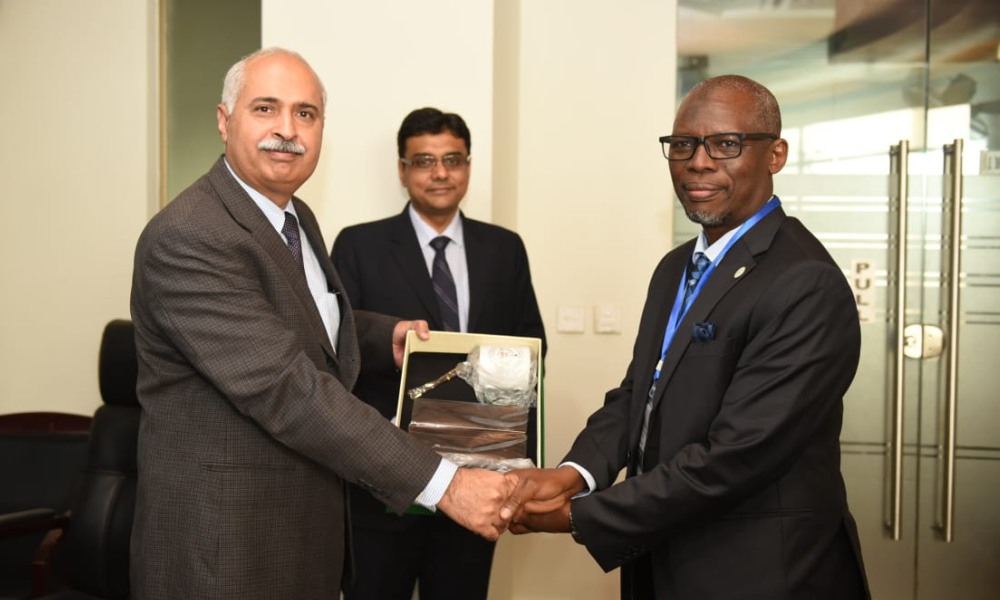 Others attending from NUST were representatives from the International Collaborations Office (Mr Waasay Ahmad Khan, and Dr Miriam Kathleen Gomez), the Director Quality Assurance (Dr Awais Mehmood Kamboh), and several other senior staff from NUST management as well as from the School of Electrical Engineering and Computer Science. 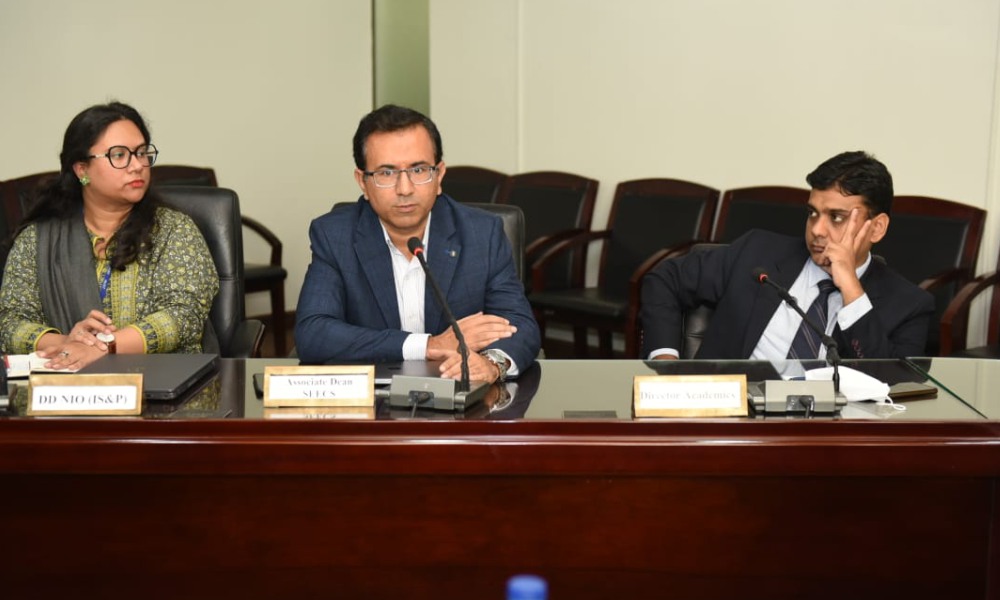 It should be recalled that IUIU was earlier this year designated as COMSTECH’s Africa’s Centre for Science Technology and Innovation. The IUIU-NUST engagement is therefore a crucial step towards the realization of this recent task assigned to IUIU. The IUIU participants who attended this meeting physically at NUST are part of the Rector’s delegation that is currently visiting Pakistan on invitation of COMSTECH. The Rector, Professor (Dr.) Ismail Simbwa Gyagenda, though unable to attend the meeting physically due to another earlier scheduled meeting at COMSTECH headquarters in Islamabad, wished the IUIU-NUST meeting well and tasked the Vice Rector to duly represent him.